Home > Ask Our Experts > What Can I Do About Unsafe Building Near School?

What Can I Do About Unsafe Building Near School? 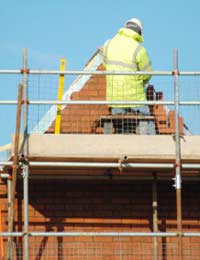 Opposite my home and business a large old building is being renovated. The building fronts a public road which leads to a primary school. At present, scaffolding which is old and rusting plus loads of debris is left at the front of this building for ayone to fall over or children to mess in.

The scaffolding has been erected for a year with no safety signs and nothing to stop kids climbing on it. The danger I see is that because it's an old church - the height of the scaffolding is an added danger if not segregated from the public (the site is not caged off from the public at all). There is not one safety or warning sign anywhere around. I was recently told by a man who was a roofing contractor that the type of scaffolding being used is also now obsolete and should not be used on this type of job.

What can I do about this?

It certainly doesn’t sound like a safe, regulated site, at least from your description. Its location, close to a school, would simply seem to add to the danger of the situation. So what can you do about it?

In part, the issue would seem to be that it’s a church. Is it being renovated as a church, or has it been sold off to be used for other purposes? If the former, then contacting the diocese would be a good first step. They have a responsibility to their parishioners, and they might not be aware of the situation. A call to the diocese would also establish the status of the church and indicate what further action you should take.

The chances are, however, that it’s a church that’s been sold off and is being developed for commercial purposes; it’s unlikely the diocese would let a building be in that state. However, if not, tipping them off should see swift action to rectify the situation – if there was an accident it would become a public relations nightmare for the church.

The people who can really take action, though, are the local council. Under the Building Act of 1984, councils are responsible for making sure structures are safe, and taking action when they’re not. What part of the council you talk to depends largely on where you live, since its title will vary from place to place.

However, when they receive a report of an unsafe structure, they will dispatch an inspector to the site. Since it doesn’t sound as if the building is in immediate danger of collapse, then the course of action, if they deem it necessary, will be to apply for an order at a Magistrate’s Court that requires the site owners to either make the site safe or to demolish the building. They’ll be given a specified length of time in which to comply with the order, and if they don’t, the council can demolish the building and charge the costs to the owners.

To be fair, this law generally applies to unsafe buildings. But although you don’t say the building itself is unsafe, the law might equally apply to the site itself, especially given its proximity to a primary school.