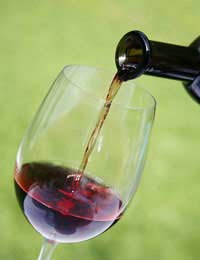 Red wine makes us live longer… a pint of beer improves your sight… beer before wine and you’ll be fine… there are plenty of factoids and myths about the powers of alcohol. But overstep the limits and you’re at risk of serious illness brain damage, and even cancer. How can you reduce your risk? And how much is too much, anyway?

Drinking alcohol isn’t all bad: drink the right tipple at the right rate, and you can actually improve your health! Did you know, for instance:However – and you knew it was coming – excessive alcohol drinking has been universally proven to be linked to hepatitis, gastritis, cancer, heart failure, brain damage and epilepsy. That’s quite a list. Reduce your risk by drinking sensibly, and knowing your limits.

It’s recommended that men drink no more than three or four units per day, and for women only two to three are advised. Here’s a quick guide to the unit ratings of your favourite drinks:

The effects of alcohol are biphasic, which means that they occur in identifiable phases. The first, of course, is relaxation and loss of inhibition; this can be followed by dehydration, nausea, headaches, and – in some cases – even worse symptoms. Watch out for the symptoms of serious alcohol poisoning:

A hangover is your body’s way of warning you against excessive consumption. Symptoms include headache, dry mouth and dizziness. It is thought that hangovers are primarily caused by dehydration, so drinking lots of water between your alcoholic drinks can help reduce their effects. Because women’s bodies contain a lower percentage of water than men, women cannot drink as much as men before acquiring a hangover. It’s also true that some types of alcohol make you more susceptible to hangover than others. Spirits (such as brandy, gin and vodka) and wine (red and white) contain more congeners (the by-products of fermentation), which have been shown to cause worse after-effects.

For employers, alcohol consumption can sometimes be a concern. Some organisations include alcohol screening as part of their recruitment process. Others develop an alcohol policy in consultation with their staff. It is reasonable for employers to offer help where an employee’s drinking becomes an evident problem. At some point, discipline would also be expected; but this should be outlined in the staff policy. It’s a good idea to be aware of your employer’s stance on drinking and how it affects your work.

Personal Safety on the Street: How Much Should I Worry?

Personal Safety in Hotels and Hostels