What is Street Harassment? 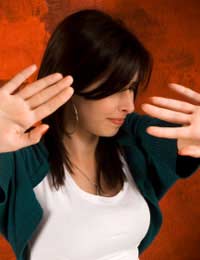 Why is street harassment a problem?

Street harassment is a contentious issue. Some perpetrators of street harassment see their comments, gestures and other behaviours as complimentary and argue that any distress or discomfort women might feel as a result of their actions is unintended. Other street harassers seek to deliberately intimidate and offend women, whether simply to illicit laughter from friends or for more sinister reasons. Street harassment is a problem because it has a negative impact upon a woman’s personal safety and self-confidence in public spaces and because it is offensive and disrespectful to women.

In some cases, regular or particularly severe street harassment can cause anxiety and even agoraphobia in victims. Other women feel forced to alter their walking routes, the times at which they go out and even the clothes they wear as a result of street harassment.

What is being done about street harassment?

There are a number of anti-street harassment campaigns and awareness groups operating in cities throughout the United Kingdom. Many of these groups seek to raise awareness through generating media coverage on the issue of street harassment. Others stage demonstrations or operate programmes whereby groups come to the aid of a street harassed woman and confront and challenge the perpetrator, explaining the negative impact that street harassment has both upon individual women and upon society. These awareness and campaigning groups can be located online.

What can I do?

Those who find themselves victims of street harassment usually react in one of two ways. Many victims will simply ignore the harassment, with some even smiling through their discomfort. Other victims feel the need to express their anger, redirecting abuse at their abuser. In her article ‘So angry I could strip!’, which appeared in the Guardian in 2008, Cath Elliott championed such responses. She wrote that“The only valid response is anger, not simpering and preening and reinforcing their behaviour, but letting them know that behaviour is unacceptable; that abuse will be met with abuse, not with fluttering eyelashes and pretending that we're stupid, or rushing home to check in the mirror if our bum really does look big in that.”

Whilst street harassers need to understand the severity of their actions, meeting abuse with abuse is not an advisable strategy. Street harassers may become violent, further endangering the victim’s personal safety. Rather than adopting the role of the street harasser, female victims would do best to outline their dissatisfaction quickly, firmly and politely. A simple, “That’s disrespectful, never do it again.” is usually the safest and most effective response.

If you fall victim to street harassment, it is important to remember that you are not alone, that you have a right to feel safe on the street and that you and others can do something about it. Whether you choose to join a campaigning group, write to your local newspaper or stop street harassers in their tracks, it can be empowering to take positive steps to combat street harassment.