Using Self Defence to Stay Safe: A Case Study 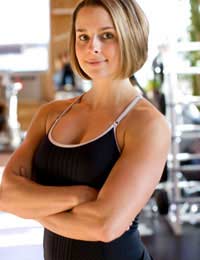 After reading multiple features in various magazines and newspapers on the topic of personal safety for young women, Rebecca Saunders (28) was understandably keen to find ways to increase her chances of staying safe if an unexpected situation occurred. At the top of her list was self defence.

Her main reason for taking self defence classes was the desire to be able to protect herself from would-be attackers. She says, “I wanted to learn some skills that would stand me in good stead and prove useful if I was ever attacked, or found myself in a situation that compromised my personal safety. Self defence lessons seemed like one of the best options, particularly for someone who had no previous experience of using self defence as a way of staying safe”.

Choosing A Self Defence Course

Rebecca signed up for self defence lessons at her local leisure centre, who were offering a six-week course that was specifically aimed at beginners. The course promised to teach a range of simple self defence moves to use if attacked, as well as helping Rebecca to increase her basic strength. This appealed to her, as it did not sound overly complicated.

Rebecca says, “One of my primary reasons for choosing this particular self defence course was based on the fact that it was designed for people like me, who knew next to nothing about self defence. Although I was obviously keen to learn important skills that would help me if I ever found myself in that type of situation, I didn't want to be so overwhelmed with information that it would all wash over me and ultimately be useless!”

Being a total novice when it came to self defence, Rebecca was surprised to find that many of her prior assumptions were way off the mark. She says, “I had always thought that the best form of self defence would be a punch in the face or a well-aimed kick in the groin, but this was in fact totally wrong. As my instructor pointed out early on in the course, attackers will often be expecting these moves. She advised that using the heel of the hand to strike the face (rather than using the palm of your hand or your knuckles) can often be more effective, as can finger jabs around the eyes”.

Other Self Defence Options

Her self defence instructor advised her to invest in a personal safety alarm, which makes a lot of noise when activated and is one of the best ways to draw attention to yourself and your situation. Rebecca says, “This can sometimes be enough to scare an attacker into fleeing the scene, but if nothing else, it should increase the chances of someone coming to your aid”. Although Rebecca obviously hopes that she will never be in a position in which she needs to use the personal safety alarm, she admits that having one in her possession makes her feel a little bit safer, especially now that she has some basic knowledge of self defence.

Please note that names have been changed to protect identities.